November 29, 2021
Joel Cook estimates that he has performed more than twenty thousand piano-tunings during his long career. These tunings have been for a wide variety of piano players from families in his community whose children take lessons with the local neighborhood piano teacher, to Music Directors of local churches who lead Sunday services, and for local colleges and universities where aspiring students pursue a career in music. 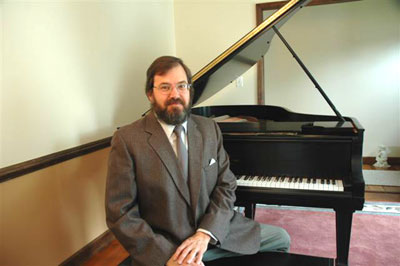 Early in his piano-tuning career, Joel worked in and around the New York metropolitan area tuning and servicing pianos for everyone from beginner five year old children to world-class concert artists such as Vladimir Ashkanazy and Van Cliburn. Joel also tuned pianos for many great jazz pianists such as Oscar Peterson and McCoy Tyner, as well as for popular artists such as George Winston and Billy Joel. Joel Cook has tuned pianos at Carnegie Hall and Lincoln Center and at many of other major concert venues too. Joel has really been around.

In the early 1970's, while visiting friends in the Kansas City area, Joel met a piano-tuner who sparked his interest in a career in piano servicing. The piano-tuner told Joel about a college in Sioux City, Iowa that offered an excellent course in piano restoration and servicing and encouraged Joel to look into the college. Upon visiting Sioux City, Joel enrolled at Western Iowa Tech, eventually graduating from the piano restoration and tuning program there.
In 1980, Joel established his own piano servicing and restoration business on Long Island, N.Y. The business grew busier and busier but so did the hectic pace of life in suburban New York. After almost 25 years of keeping a high-pressure schedule tuning and servicing thousands of pianos, Joel knew it was time for a change. With much contemplation and reflection, Joel and his wife Denise decided to relocate to Central Virginia where he eventually established a piano service and restoration business that Joel was able to operate at a much more reasonable pace. Joel and Denise have especially enjoyed meeting their new neighbors and making new friends. Joel takes seriously the idea of being a good neighbor too by trying to make a useful and lasting contribution to his new community here in Central Virginia, offering honest, expert and affordable piano service for everyone.

In 1980, Joel established his own piano servicing and restoration business on Long Island, N.Y.